Migrating an On-Premises Database to the Cloud

The future is based on cloud technology. As data requirements increase, so does the need for more robust and scalable options to house this data. While data traditionally may be housed on-premises, data storage in the cloud is far more easily scalable, backups are more streamlined, and there is a far lower chance of data loss, and as such, more and more businesses are realizing the value of promoting their on-premises databases to the Cloud. In the following, I present a novel example of doing so through migrating an on-premises Oracle database to an Azure Database for PostgreSQL cloud instance.

The database in question was associated with an ASP.NET retail application containing products, shippers, and customers. The customer was interested in such a migration for several reasons:

With this in mind, I will give a brief overview of the migration process and the key takeaways from this process in the hopes that this will not only show you a real-world example of the Cloud migration process, but also how to configure such a database. 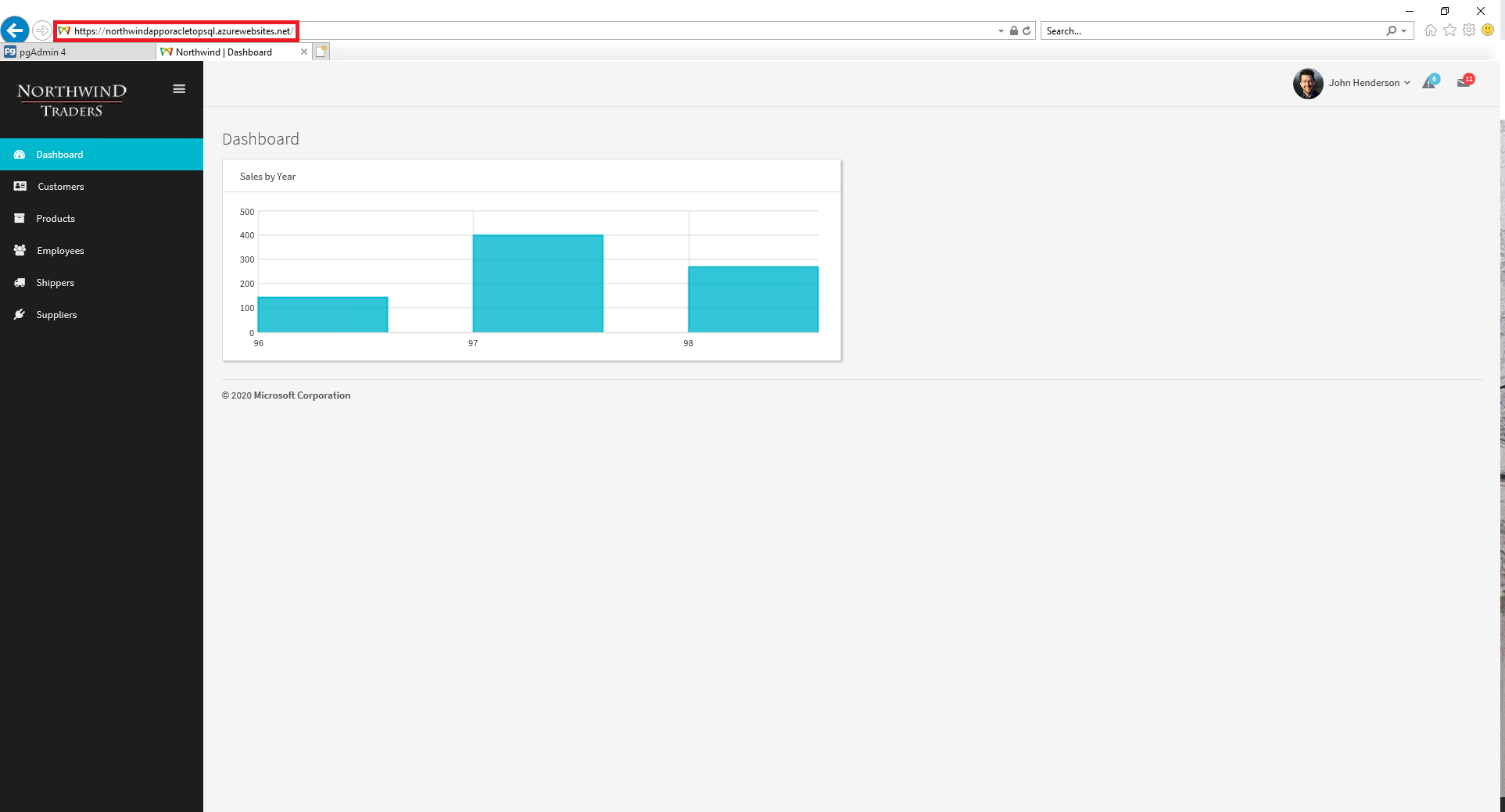 The process began by creating the Oracle database on an Azure Windows Virtual Machine (VM). To do this, I reproduced the objects (tables, indexes, views, packages, etc.) and inserted data into the tables. I considered the issues that must be addressed in a production database migration which often can be overlooked.

In addition, I created the Azure Database for PostgreSQL target database, configured the application user in the database, and configured an Azure App Service instance for ASP.NET 4.7. App service offers excellent benefits for cloud deployments, including support for different technologies, simplified deployment, and cloud compute scalability.

At this point, the resources were ready for the migration. I installed and configured ora2pg on the VM. Moreover, to handle data export, I described the configuration of Microsoft Azure DMS.

Then, I completed the migration in the following order:

After completion of these steps, I was ready to execute the ASP.NET application against the new PostgreSQL cloud database. I used a third-party connector with ADO.NET support (Devart dotConnect), so I would not need to make significant changes to the application (just new Entity Data Models). I did modify the code that invoked a stored procedure, and after testing, I believed that I was very close to deploying the entire solution to Azure. However, one final struggle remained as I tried to migrate the ASP.NET app to Azure App Service.

After deploying the application to Azure App Service from Visual Studio, I tried navigating to the app. Yet every time, a 500 error with little explanation appeared in my browser window.

I appreciate the value of lists, so I began my troubleshooting process by listing potential variables that I knew were not the source of the problem:

Since the problem had originated after the application was deployed to the cloud, I decided to employ Azure services to trace the problem:

Curiously, the solution was a fairly simple one: there was a licensing issue with the PostgreSQL ADO.NET framework. I simply had to enable debugging in the solution Web.config file, as seen below in the code snippet. At this point, I redeployed the solution, and voilà!

I was then able to provide the necessary files and to register the framework with the IIS worker processes and the built solution, as seen in the following. Thus completes a short overview of one example of a database migration. This process is a nuanced, complex process; however, by taking extra steps such as creating a migration report, making and testing code modifications, and following a methodical troubleshooting process, I have shown how this process can be done with minimum churn. It is important to note that slightly different steps may need to be taken depending on the nature of the migration. For example, in large and data-sensitive cases, an ExpressRoute connection may be needed. Nonetheless, the fundamental procedures remain the same, with details like the migration path dictated by business leaders and the migration team (e.g. whether storage-intensive tables can be refactored).

The first step starts with you

The bigger the challenge, the more excited we get. Don’t be shy, throw it at us. We live to build solutions that work for you now and into the future. Get to know more about who we are, what we do, and the resources on our site. Drop a line and let’s connect.